Whether or not you should start packing your bags for Pixar Place. If you're a Disney fan, you've likely already marked your calendar for June 30, 2018 when the new Toy Story Land opens at Walt Disney World in Orlando, Florida. But if you have a little one in your travel party, you may likely be wondering, "Is Toy Story Land baby-friendly".

The short answer is YES! After all, it is Disney World.

Perhaps the most family-friendly aspect of the newest Disney themed-land in Orlando is the fact that we can finally immerse ourselves in Andy's room just like we were one of the toys in the Toy Story movie franchise (and who hasn't imagined that?!).

That being said, there will be plenty to capture your baby's attention, but Andy's little sister Molly won't be on-site to babysit; that's still your responsibility.

Related: Get your Disney Pixar souvenirs BEFORE you go

If you don't mind doing a parent swap or having a grandparent take baby for a stroll around the park, here is what you can partake in after June 30: Chances are, you'll soon get hungry after all that whirling and twirling, so set aside some time to eat at Woody's Lunch Box (yes, it actually looks like an old-fashioned lunch box). 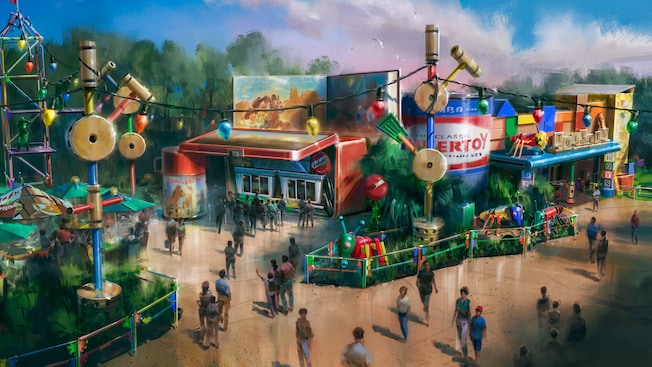 And don't think that's all there is to do at Disney's Hollwyood Studios; there are several attractions with no height requirements, including Muppet*Vision 3D, Star Wars Path of the Jedi and COUNTLESS photo opportunities.

Speaking of photo opportunities, make sure to take your little one for a picture with Buzz Lightyear and Woody on Pixar Place! Jessie the Yodeling Cowgirl likes to hang around with her pals as well and if you keep your eyes peeled, you just might find the Green Army men playing interactive games right on the street. 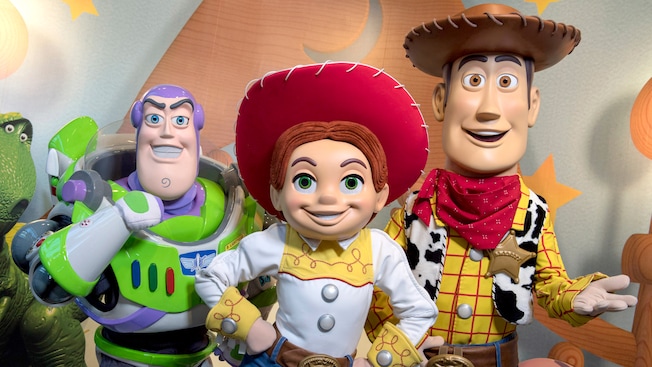 Are you ready to be one of the first to embark on this adventure? Just know you won't be alone since there are SO many Toy Story fans out there. Make sure to plan out your trip in advance, pack thoughtfully and read up on whether or not you should rent a Disney stroller or bring your own.

To infinity and beyond!